This article is an extension of a previously written article, Ground Zero.

“Knowledge is only a rumor until it lives in the bones.”

This is a quote I read in Brené Brown’s latest book Dare to Lead. It’s an Asaro Tribe saying (Papua, New Guinea). In my newfound freedom I found there is something I am yet to process and truly understand beyond the logic of it. I had to look again at something I wrote in my last article:

Given my story of complex trauma and the patterns that emerged from it, I realized I have two choices in life:

1. Participate in this societal model. Do everything I can to be enough and hopefully survive by finding someone who will accept me due to these efforts, then continue struggling to stay “enough” until my dying day.

2. Refuse to participate in this societal model, draw a boundary with those expectations, accept myself as I am, and devote no further energy to surviving that system. Be extraordinary.

As soon as I made the choice to stop being a part of the effort and energy that has prevented men from understanding what women are actually like, I felt so many walls come down.

I am trying to find the words to describe the parallel between the article I just wrote and my relationship to music performance, to have a similar cognitive shift as well. I let the rules of the classical performance world dictate how I participate in music, and I am trying so hard to accept that giving up the pursuit of the high standard that would have allowed me to belong (if I met it) would be the key to my freedom. It makes sense as I type it but it’s not in my veins yet.

“Sounding good” (read: validation seeking) took over my learning to play a long time ago. My intention to learn and have fun would only come up for air when I felt safe, connected to the people around me, or when I was still riding a temporary high from a recently validating performance. My intention to learn always appeared after defeat, a brief beautiful moment where I would say to myself, “Maybe I’m going about this the wrong way.” Then I would hear it and feel it, connection and access to my imagination, where all the best music I can make is stored. Once I made a sound good enough to exploit, that connection would disappear. I lost thousands of hours of my life to the intention of being enough through my ability to perform.

Inspired by the sonically alluring sound of live performances by stellar musicians and the highly edited and perfected orchestral and solo recordings, I fashioned my belonging to the classical performance world into a phantom societal structure much like the patriarchal model. There were several attributes to my playing that I had to demonstrate to be enough. To make a gorgeous, crystal clear sound, to play in tune (myself and with others), to phrase beautifully, to have clarity in diction, dazzling technique, range, and endurance, to be able to perform in a range of styles as a soloist and within the ensemble…and to bring the goods again and again and again. This all seemed easier to do and less painful than trying to maintain being skinny, pretty, intelligent, lady like, and culturally savvy. The crazy thing is, there nothing wrong with working toward having those traits as a musician. How do I explain?

I am missing the self-love in my music making. 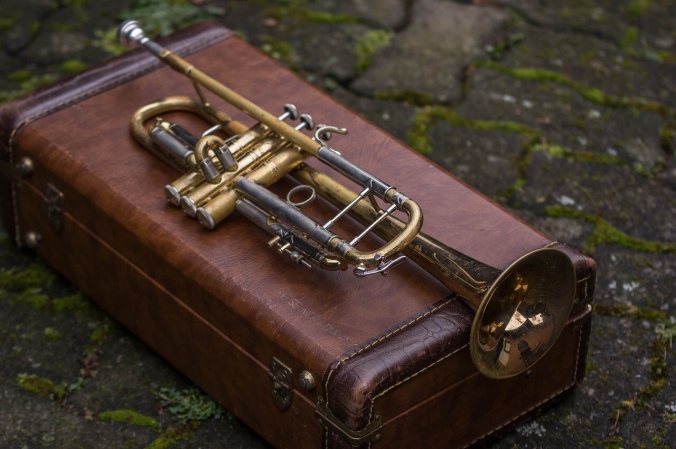 I want to do what I did last month, to put my foot down and refuse to participate in this social model created and sustained in my own mind out of survival. I want to put down sounding good. I have a theory about how I will achieve this.

At the heart of creativity is curiosity. It’s the invitation to see what if, and if I respond, then an adventure follows. There is an outcome that is 100% the result of my giving in to that initial spark of curiosity. How could I cultivate curiosity as jaded a musician as I am? I think I know how, and only time will tell (and heal). I think this will be my act of defiance, choosing creativity in place of attempting to fit in with what an acceptable musician ought to be, letting go of and drawing boundaries with my old toxic ambitions in order to invite newer, healthier intentions in. Details later.

Time to shake things up.